Are Your Pets Included in Your Disaster Plan? 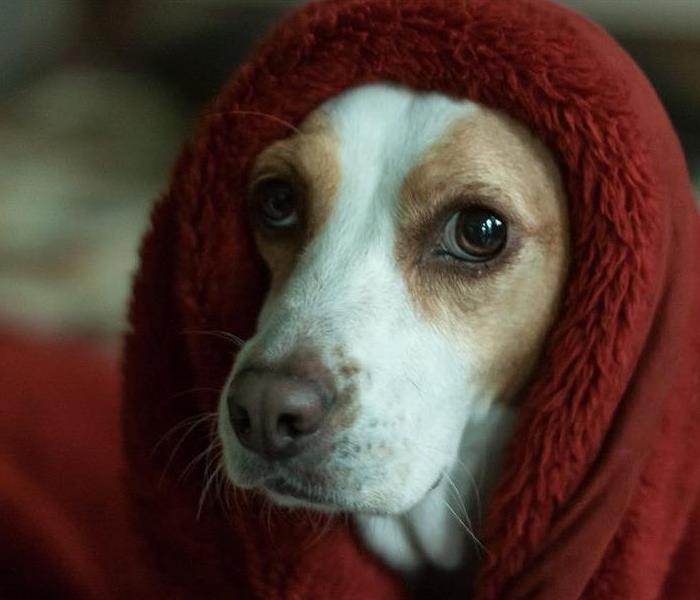 The peak of Atlantic hurricane season is here which is why it's important to take some time to reflect on disaster preparedness. As unlikely as it may seem, a disaster can strike at any moment. Whether it's a fire, tornado, hurricane, flood, or blizzard, it's critical to be prepared and have a plan in place.

Unfortunately, pets are sometimes unintentionally left out of their owners' disaster preparedness plans which makes it difficult to know what to do with them during an emergency.

Luckily, you can plan ahead for your pets using these tips:

Listen to your veterinarian

Make sure your pet wears a collar with up to date information on it, get them microchipped, and have them vaccinated. If possible, take your pet's medical records with you and attach their rabies tag to their collar.

Find out which shelters allow pets

they'll likely be able to point you in the direction of someone who can. Though unfortunate, it is not true that hotels must accept pets during evacuations, so please keep that in mind while planning ahead.

You should also pack cleaning items, sturdy leashes and harnesses, toys, and a copy of your pet's medical records. For small animals and cats, have a carrier ready. Use this checklist to prepare.

They should contain important information, such as your pet's name, age, sex, markings, microchip number, allergies, and vaccination status.

It's All Downhill When You Don't Take Safety Measures To Grill 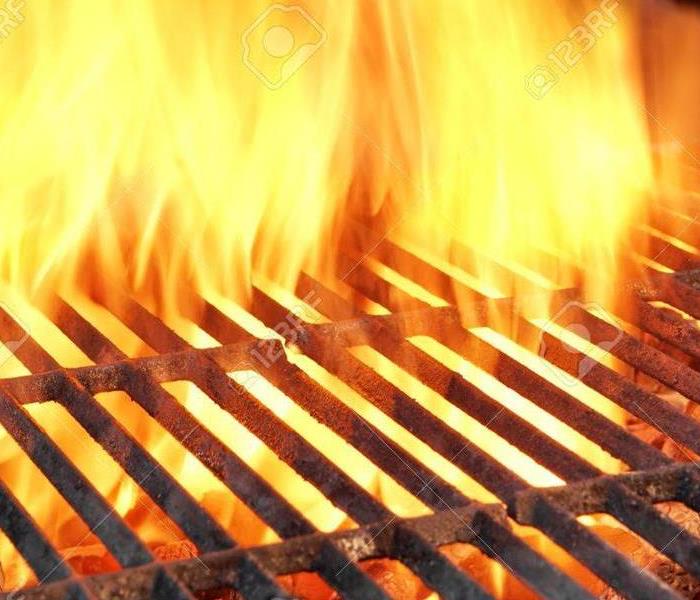 “It doesn’t take long to prepare your grill for safe cooking, but it can take months to recover from a fire and the resulting flame, smoke, and water damage,” saidDavid Kurzontkowski, owner of SERVPRO of Norwood/West Roxbury. “Invest a few minutes now to get your outdoor cooking equipment clean and ready to go, and then spend your summer enjoying good times and great food, not dealing with the destruction and heartbreak of a house fire.” 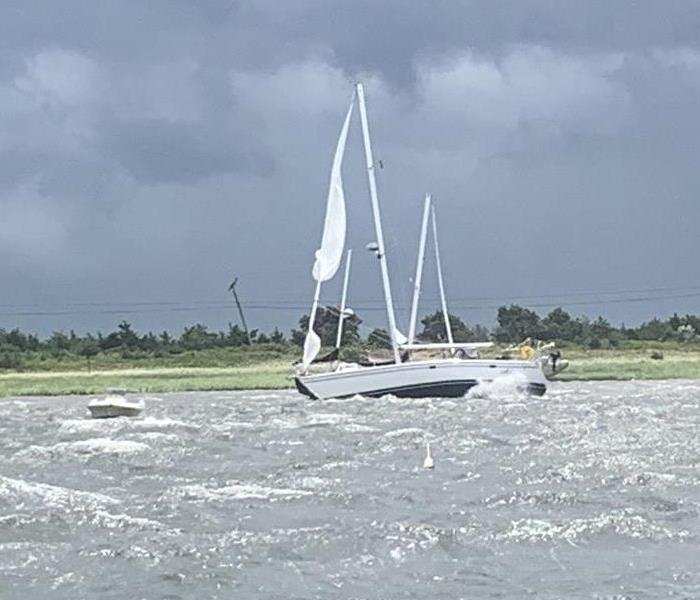 Scenes from a popular east coast seaside summer destination were reminiscent of tornado alley in Kansas as one or more tornadoes and several violent down-bursts ripped through Cape Cod.

A popular hotel in Yarmouth, the Cape Sands Inn, had its roof torn off, causing serious damage. Thankfully, no one was injured.

The twister was rated as a “high end” EF-1 with a maximum speed of 110 mph, by the National Weather Service and responsible for the damage at the hotel, toppling trees and causing a severe power outages.

Tornadoes are very rare in Cape Cod. Tuesday’s twister was just the fourth on record to strike the area since 1950.

While Mother Nature is unpredictable, SERPVRO of Norwood/West Roxbury is here to stay to help you find your way. 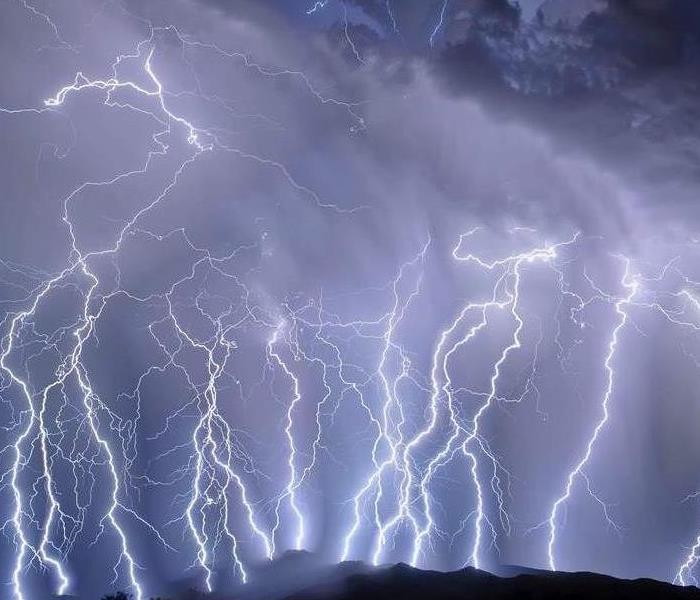 The thunderstorms joltedthe region that evening and lighting was the direct cause of a house fire in Marlborough, striking their basement.

Luckily,the homeowners were awake and immediately aware of what happened and were able get help and get to safety.

There was also a substantial amount of rainfall and floodingin the Boston area, according to the National Weather Service (NWS). and finally, the thunderstorms subsided at around 9:45 p.m.

Mother Nature iscapricious and we never know when an emergency situation will arise or in this case, strike. But SERVPRO of Norwood/West Roxbury is there for you 24 hours/7 days a week. No job is too big or too small all that matters is we quickly get the job done. 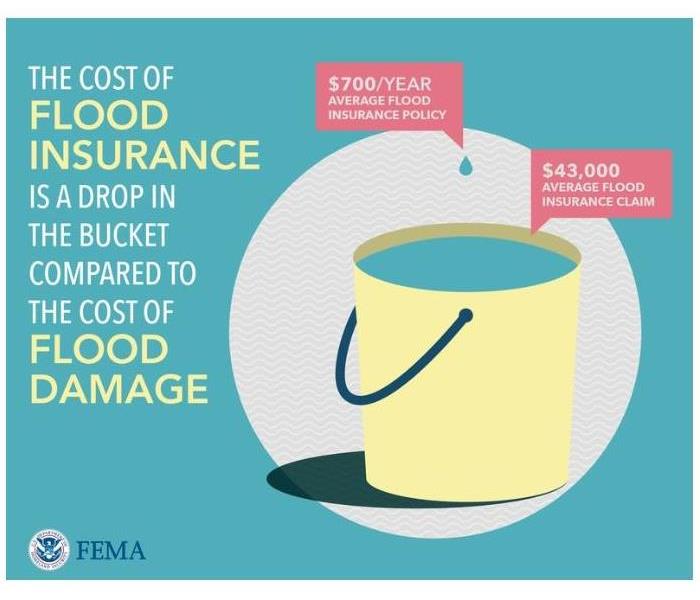 Hurricane Season has sprung!  And it is also time for you to spring for Flood Insurance.  You’ll be happy to make this wise investment, as we know that Flood Insurance is just a drop in the bucket compared to the money spent on Flood Damage.

Despite the size of your business or property and more so of where it is located, you could still be vulnerable to major water damage.  Here are three quick tips for business and property owners to mitigate their risk.

Say Yes to Flood Insurance.  More than 20% of flood claims occur outside the high-risk flood zones, according to the Federal Emergency Management Agency. 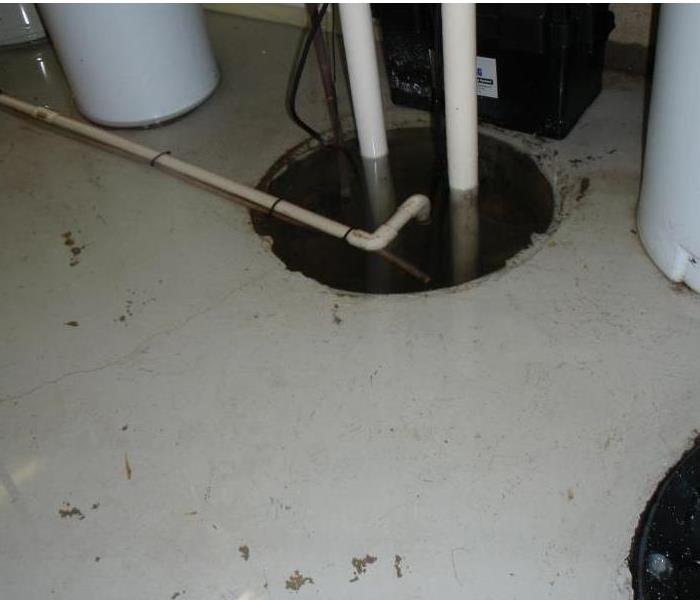 Sometimes a single sump pump just isn’t enough to handle a wet basement "event". The pump might not be reliable enough or powerful enough to handle the volume of water pouring in, especially during heavy rains. The quality of your sump pump matters, too: a cheap, plastic model is more likely to burn out or fail to keep up when it matters most.

>  Upgrade your sump pump and add a battery backup sump pump. In rare cases, you might need more than one sump pump, installed in different corners of the basement.

If you're away from home and your sump pump loses power, your basement is vulnerable. The same storm that causes your basement to flood can also knock down power lines

>  Back up! We recommend a high-capacity, battery-operated backup sump pump.

No water in the sump pump is a classic sign of an improperly installed pump or a pump that is not linked to a drainage system.

If your sump doesn't have a lid - something we see every day in basements across the nation - it will get clogged and dirty over time and either slow down or stop entirely.

>  Make sure your next one is covered with an airtight sealed lid that prevents debris. 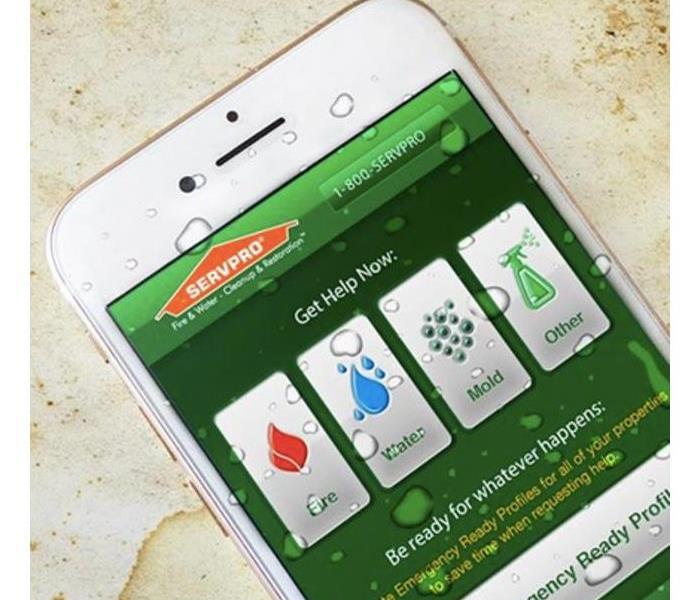 Blackstone Group (BX +1.8%) emerges as the winner in an auction for SERVPRO Industries, and is close to acquiring the company for more than $1B including debt, the Wall Street Journal reports, citing people familiar with the matter.

SERVPRO, of Gallatin, Tenn., operates a network of more than 1,700 franchisees that specialize in fire, water, mold and other cleanup services for residential and commercial customers. The closely held company was founded in 1967 by Doris Isaacson and her late husband, Ted Isaacson, as a painting business and is currently run by their eldest child, Susan Steen.

Blackstone's long-dated private-equity fund, which can hold companies for up to 20 years, will execute the acquisition of the closely held company, which operates more than 1,700 franchisees specializing in fire, water, mold, and other cleaning services for residential and commercial companies.

Part of the rationale behind the deal is that Blackstone, which owns 232m square feet of office space and 300,000 residential units and homes, can become a major SERVPRO customer.

Coastal Flooding On The Rise 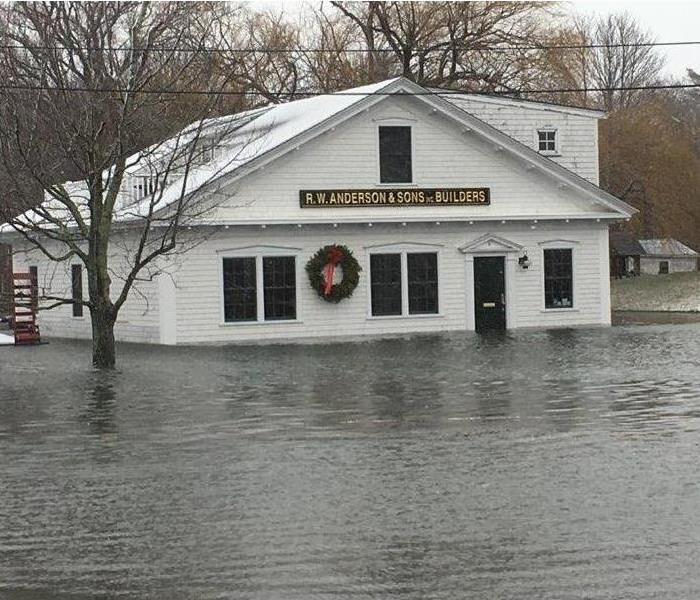 Many homeowners dream of waterfront property, the smell of salty sea air and to be greeted by the ocean when the wake up every morning.  As idyllic as it may sound there is another side to living on the coast. During 2018 coastal communities experienced record number of high tide flooding.  Sidewalks and streets were frequently flooded mainly due to El Nino conditions.  The projected increase in high tide flooding in 2018 may be as much as 60 percent higher across U.S. coastlines as compared to typical flooding about 20 years ago, according to NOAA scientists. These predictions are part of NOAA’s 2017 State of High Tide Flooding and 2018 Outlook, a report produced by NOAA’s Center for Operational Oceanographic Products and Services every year since 2014.

The report finds that during the 2017 meteorological year (May 2017-April 2018), the U.S. average number of high tide flooding days was the highest measured at 98 NOAA tide gauges.  More than a quarter of the coastal locations tied or broke their individual records for high tide flood days.

The top five cities that saw the highest number of flood days across the U.S. and broke records include Boston; Atlantic City, New Jersey; Sandy Hook, New Jersey; Sabine Pass, Texas; and Galveston, Texas.  These cities faced the brunt of an active nor’easter and hurricane seasons and sea level rise, which has made these and other less extreme events more impactful.

SERVPRO of Norwood/West Roxbury specializes in Water Remediation, if you ever experience a flood or water damage call us 24/7 (781) 769-9125 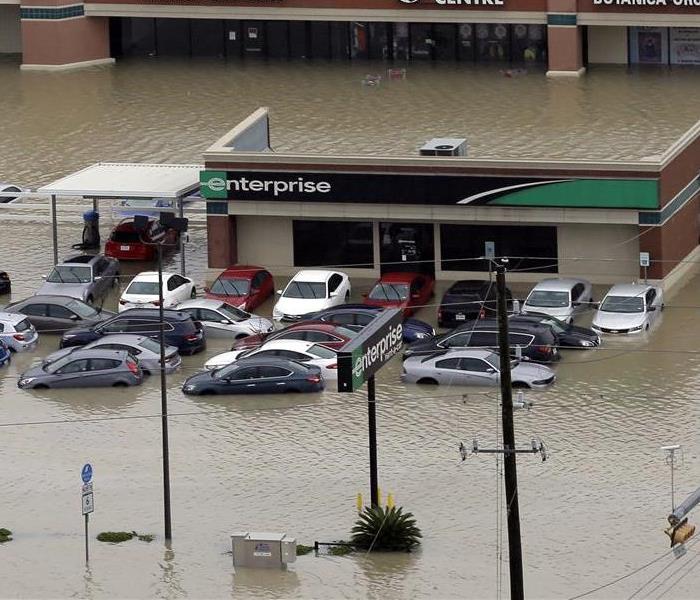 As a business owner, you must protect your property. You likely have insurance that covers you in case of theft, fire or other serious property damage, but not all policies cover flood damage. Even if you don't live in an area prone to flooding, one burst pipe is all it takes to create a big problem.

Have Digital Backups of Any Paper Files

No matter how well you prepare, your paper files are at risk if storm damage is a possibility. If you don't already have digital copies of your important paperwork, now is the time to create these backups. Doing so can save you days' worth of headaches during the restoration process.

Create Sandbags to Protect Your Building

Placing sandbags at the doors and windows can protect your property from up to two feet of storm water. After filling each bag with sand, fold the top over and place the bag with the folded top down. Create one layer at a time, and limit their placement to three layers, unless you intend to create a pyramid or are leaning the bags against doors and windows. Remember, sandbags are a temporary solution and aren't likely to protect the building from larger floods.

Move What You Can

While you aren't likely to get away from flooding with no damage at all, following these steps will help you protect much of your property. Less time spent cleaning up means more time getting back into the swing of doing business.

Tornadoes Strike Even in Massachusetts 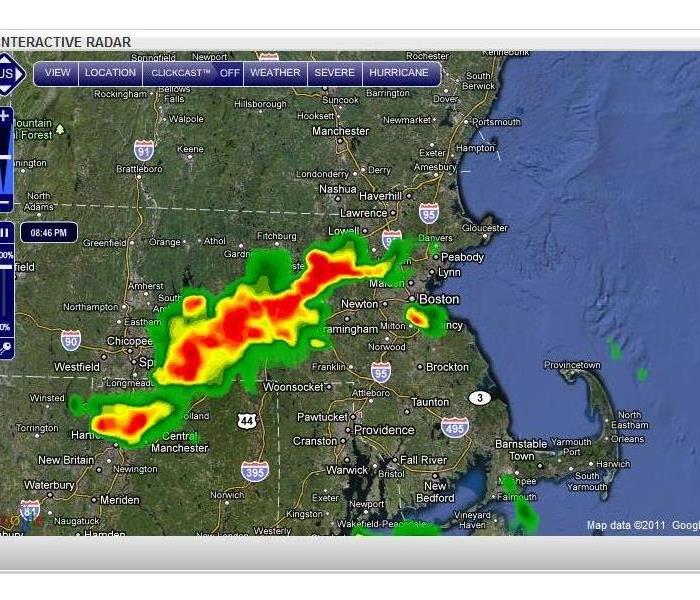 National Weather Service is warning of intense weather headed to Massachusetts,which could mean severe thunderstorms or even tornadoes.

In Boston, temperatures are expected to climbas high as the mid-80s on afternoon in late May and as a storm system makes its way across the state, the highest risk of extreme weather is expected to kick in at around 5 or 6 p.m., according to NWS meteorologist Lenore Correia. Short-lived but powerful storms, isolated thunderstorms and powerful winds, and hail sized up to an inch or two inches are more likely out in the west and northwestern parts of the state, the Weather Service says, but still possible closer to the city. The conditions may also be right for tornadoes to form.

“There’s a cold front approaching the area and we’re going to have a storm that will form along that boundary,”Correia says. “Really warm temperatures will help that instability.”

She says that the risk of tornadoes remains pretty remote, but it’s worth being alert regardless, especially if you commute by car or haveplans to be outside.